Mars Atmosphere and Volatile Evolution (MAVEN) is a mission to study the upper atmosphere of Mars. Here is a link to the NASA page.

On November 18, 2013 MAVEN was launched from Cape Canaveral.

Back in September of 2013, I heard about an opportunity to have names added to a DVD that would make the voyage to orbit Mars. The spacecraft is scheduled to arrive at the red planet on September 22, 2014.

Not wanting to make the trip alone, I’ve taken my family with me. 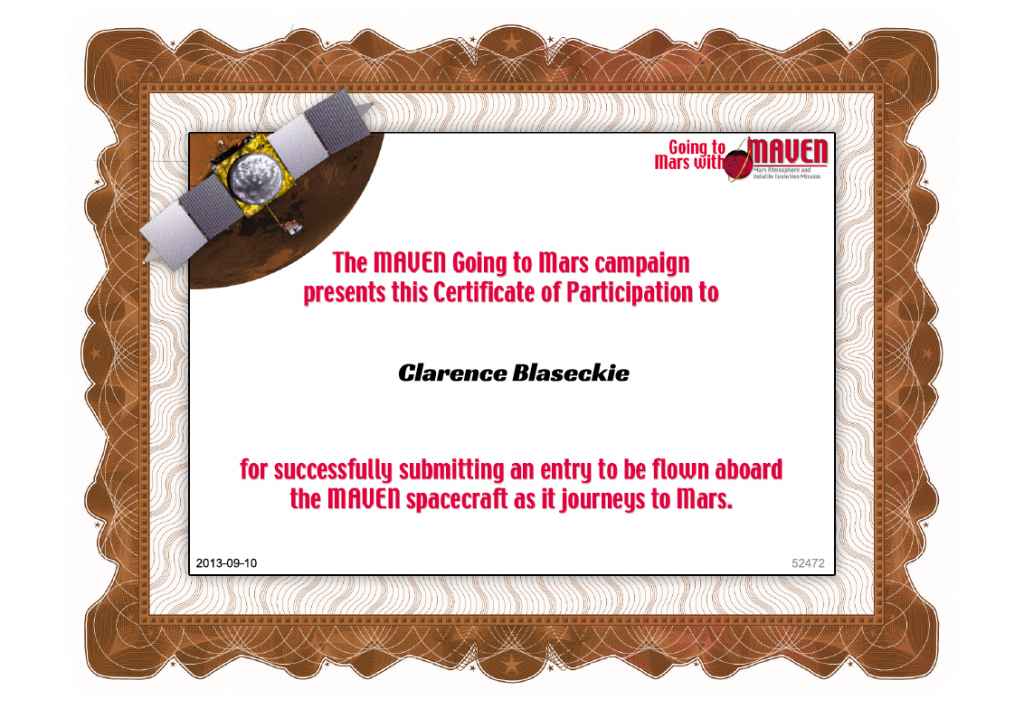 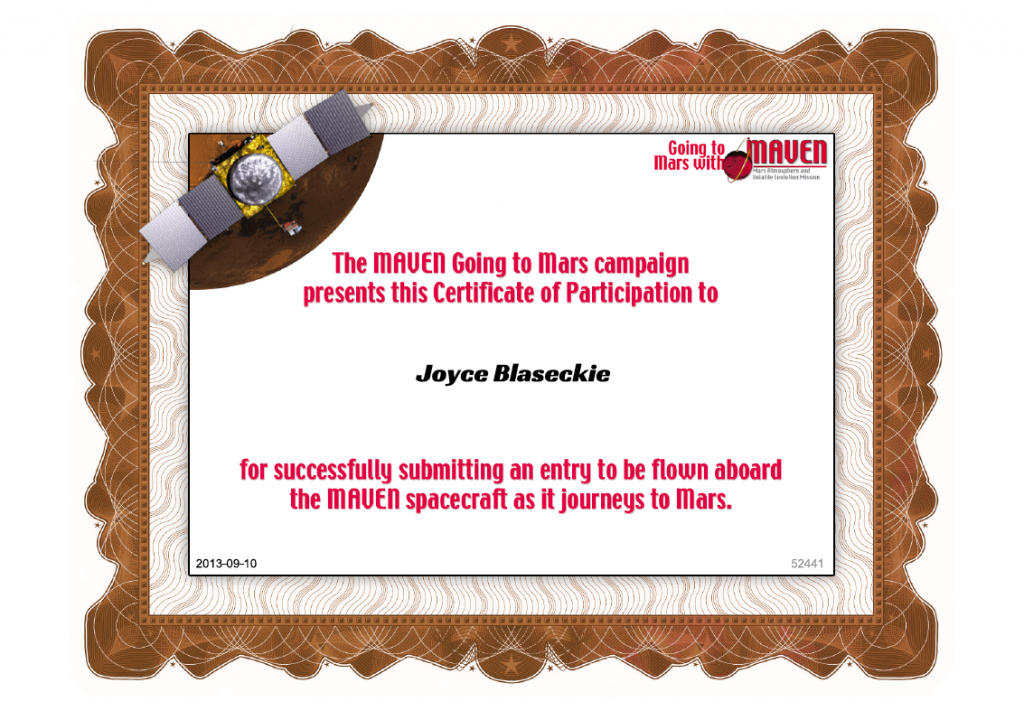 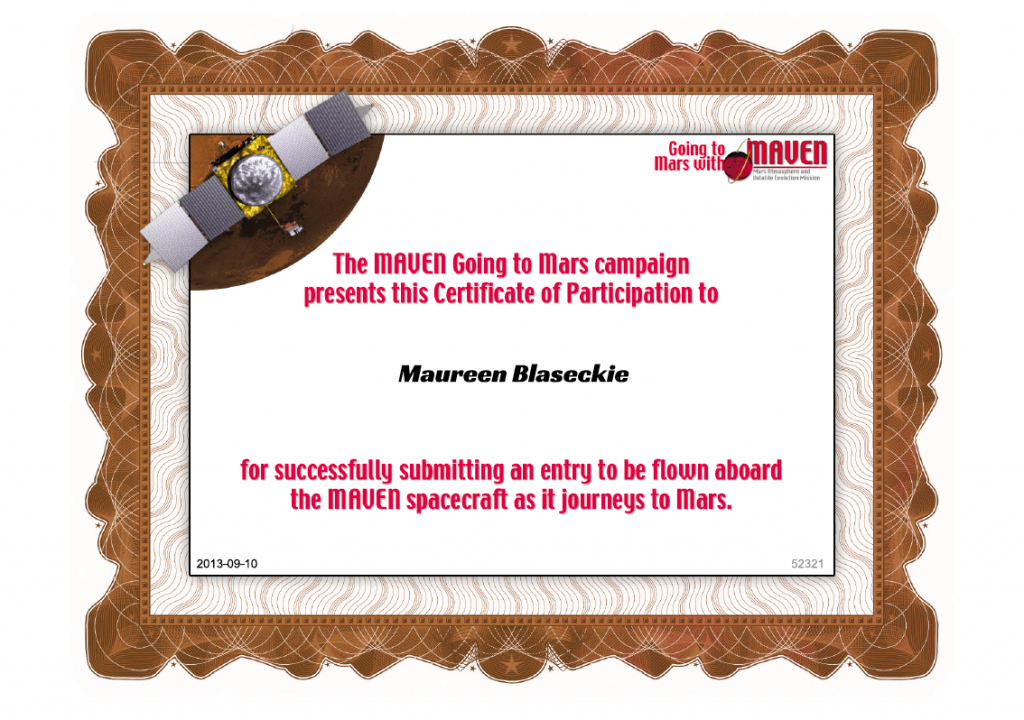 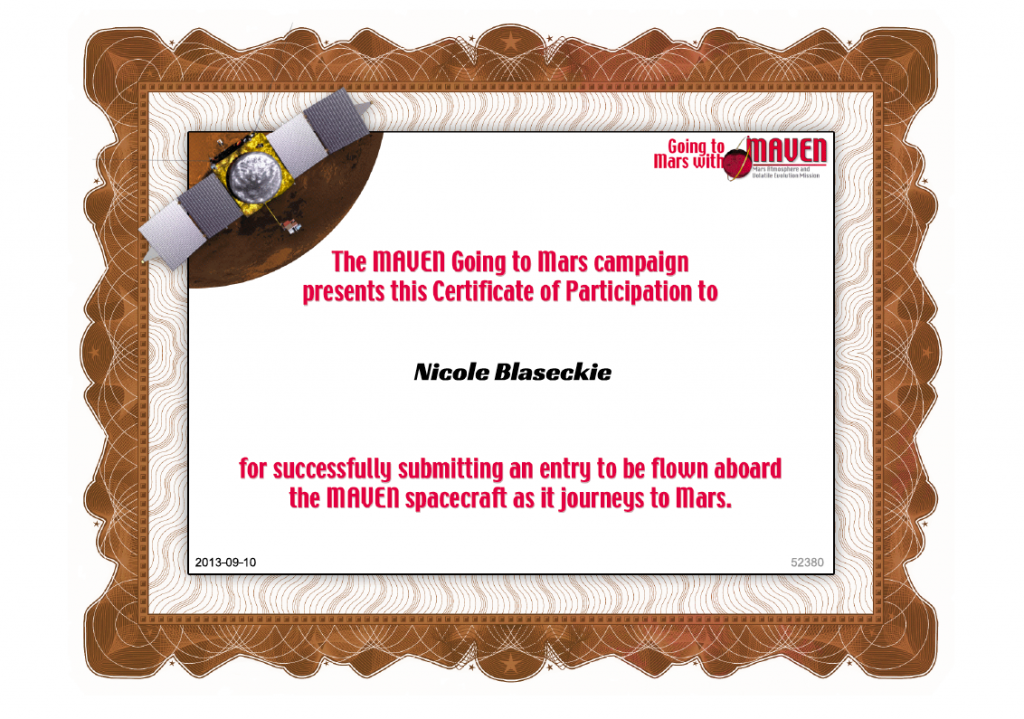 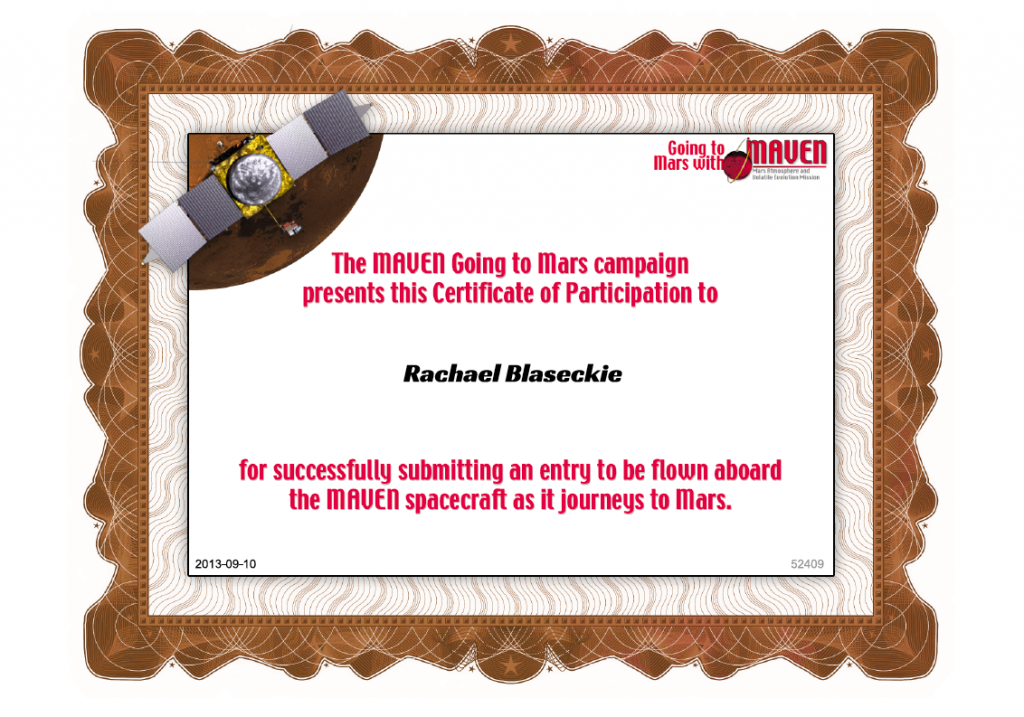 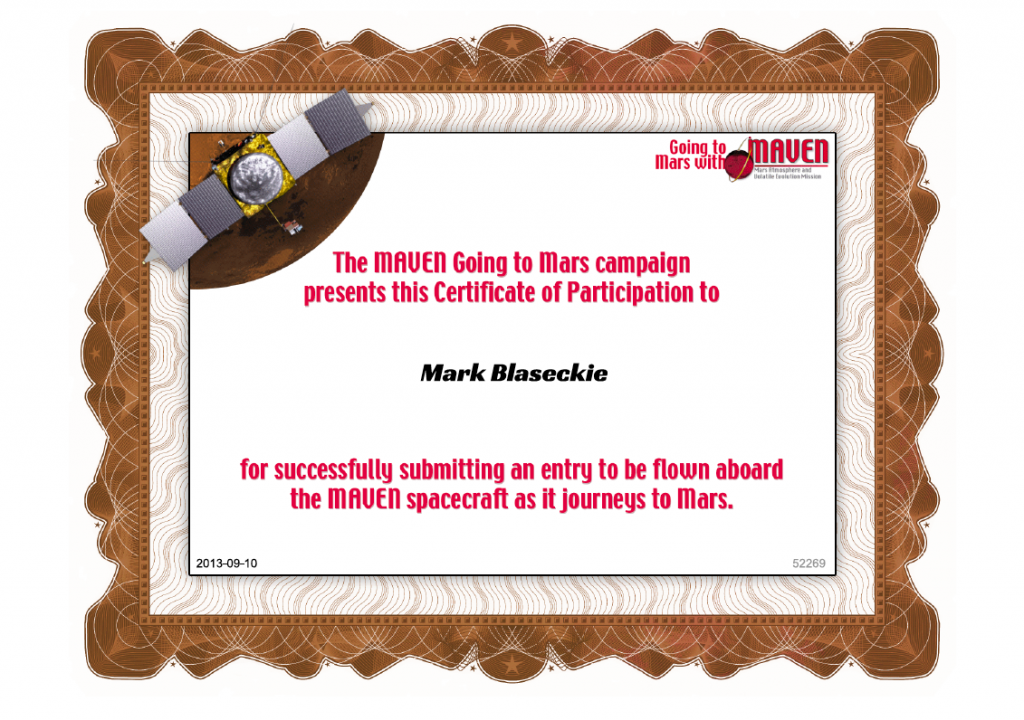 This entry was posted in By Interplanetary Flight, Family. Bookmark the permalink.